The last day that I saw Jennine was Friday, January 27 around 5:00pm.  She wanted to switch out Girl Scout cookies - trading her peanut butter sandwiches for more lemonades.  We visited for a bit, watched some television, before I made my way back home to fix supper for my family.

The last time that I spoke with Jennine was sometime during the weekend of January 28-29.  She was feeling worse and I was coming down with something. We continued to text.

The last time that Jennine was at home was the morning of Tuesday, January 31 before she was admitted to the hospital.  Her oxygen was dropping with no understanding of why it was happening.

The last time that I laughed with Jennine (even if it was through texting) was Saturday, February 4 around 7:30am. She was hoping to move out of ICU.  Here's our text exchange with the funny typo: 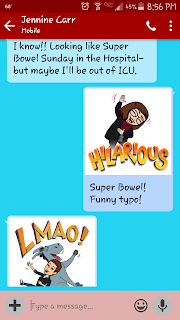 The last text that I sent Jennine was on Saturday, February 4 at 9:24pm. 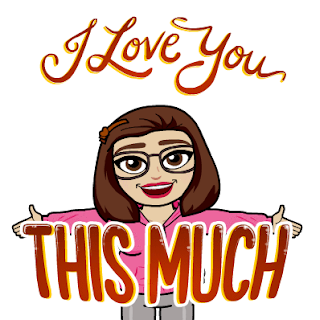 She drew her last breath on Sunday, February 5 before 7:30am
#AtoZChallenge.
Posted by Ms. Dee at 6:08 PM